Mani is one of the very few East Indian Villages that have the old village charm. There are to this present day there are farmers with their buffalo and plough. 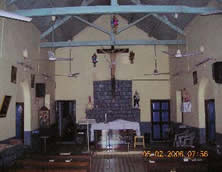 Mani Church and it's interiors. 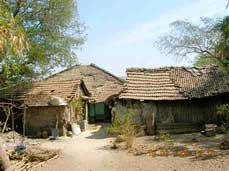 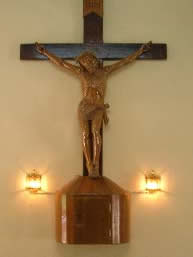 TAPS Community centre is where mass is held alternatively to Man Church and Tarapur Church. This is a common place of Prayer for all sects of Christianity. 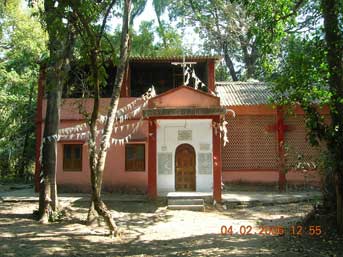 Tarapur Church (Rosary Church) is unique as it is a church that goes back to the Portuguese period.

On the 19th Feb. every year the Christians from Mani, TAPS and Palgar gather together at Duktan to pay homage to the 300 Christians who were ruthlessly massacred by the Marathas. Originally there used to be a wooden cross that had been laid as a memory to this tragic event. In 1915, this was replaced by the present Cross. 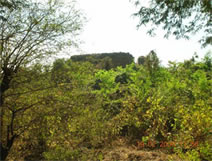 To go to Duktan one has to take a left turn from Manor Junction and drive for about half hour. There is no road access to the hill only a short steep pathway to the top. 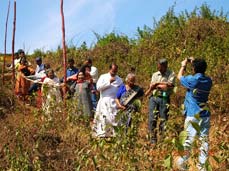 The story is Duktan is closely linked with the story of Nirmal Church, destroyed during the Maratha invasion. There were a huge number of native Christians living around this area. The death of many of these were when defending this small church, however there were very many who killed in their own fields and some tending their livestock. This gruesome slaughter of innocent natives solely because they embrace Christianity, has gone unnoticed in various historical records. For those who survived this pillage, had to permanently migrate to surrounding villages of Man, Palgar and Tarapur.